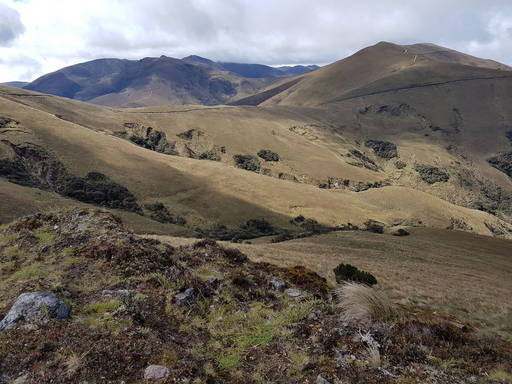 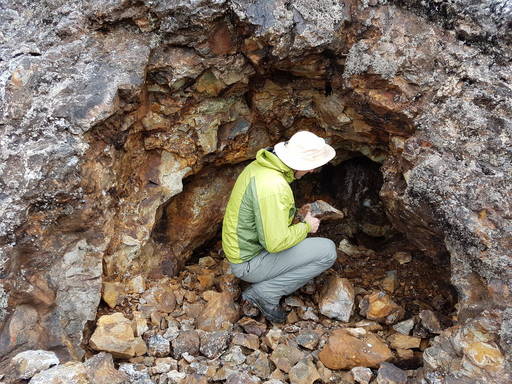 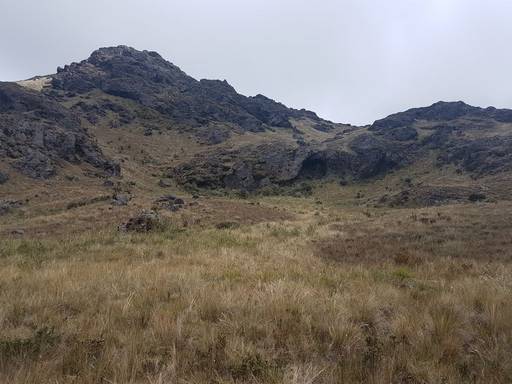 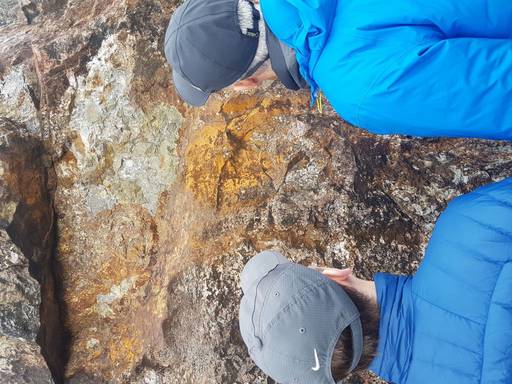 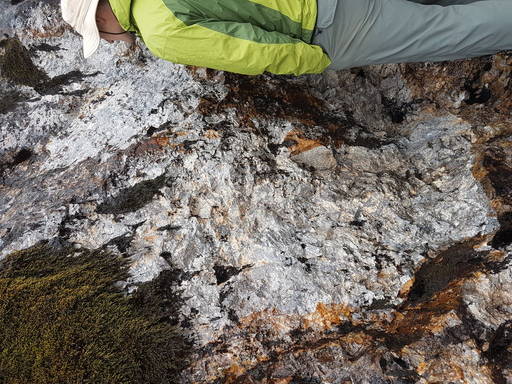 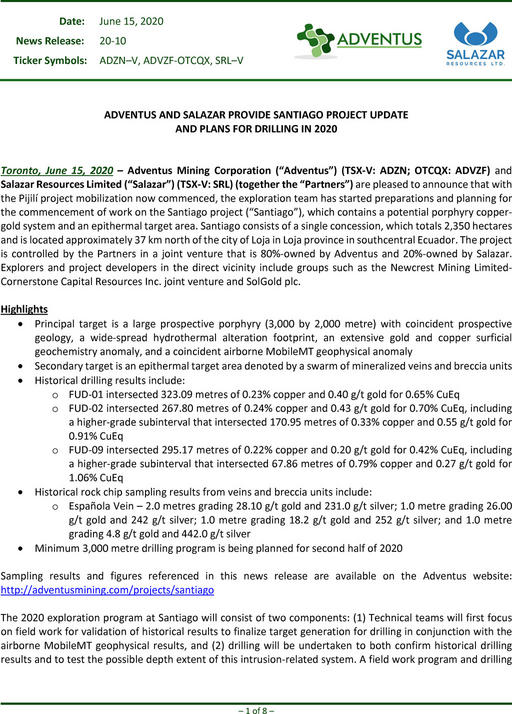 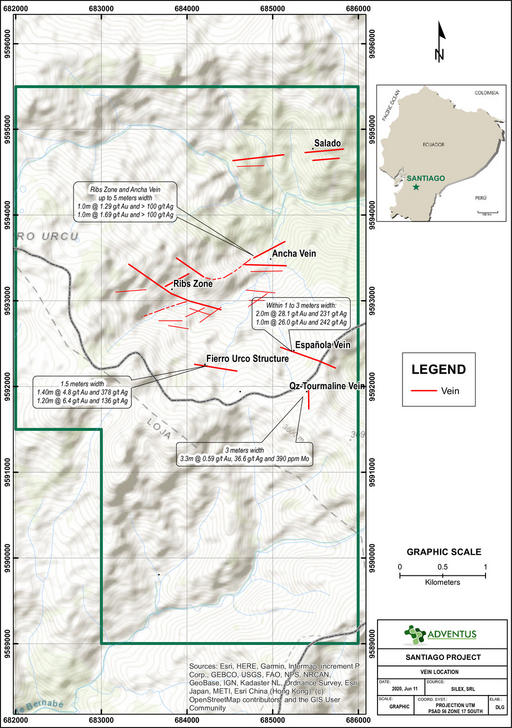 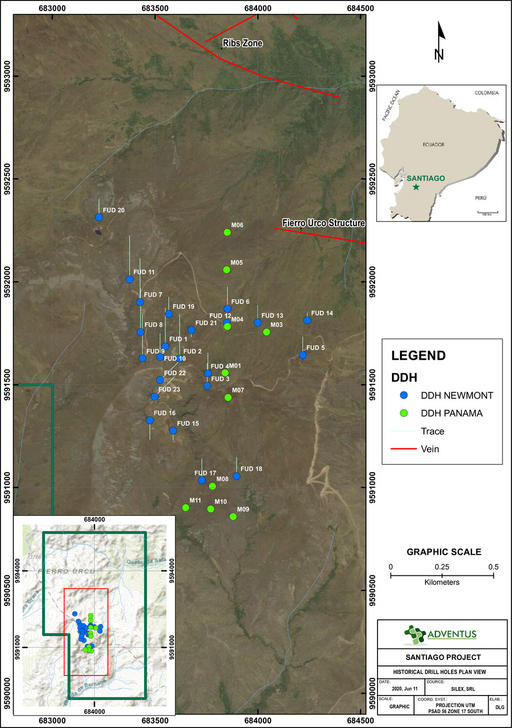 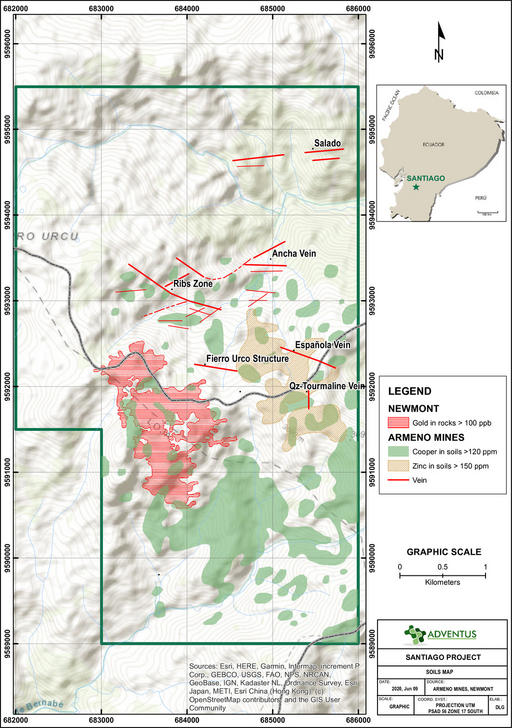 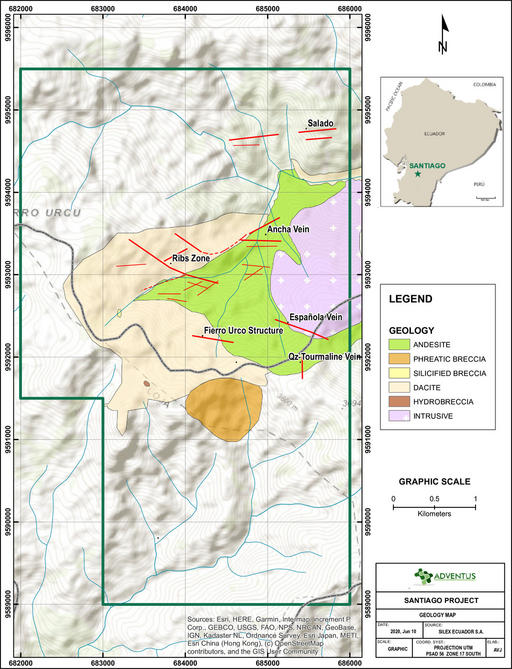 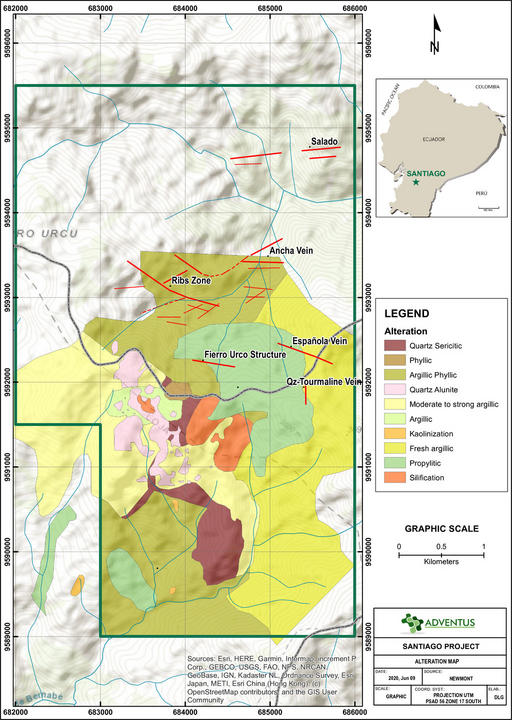 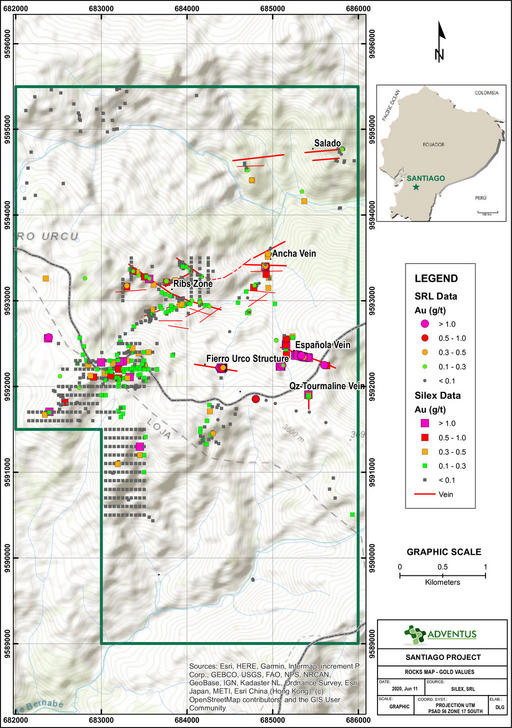 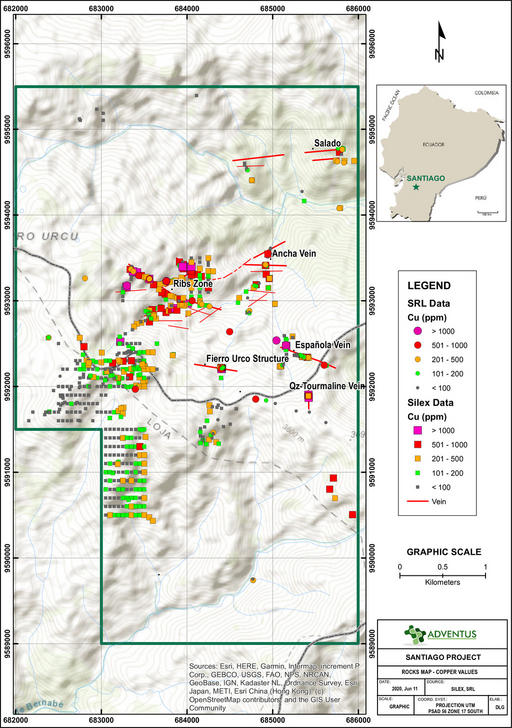 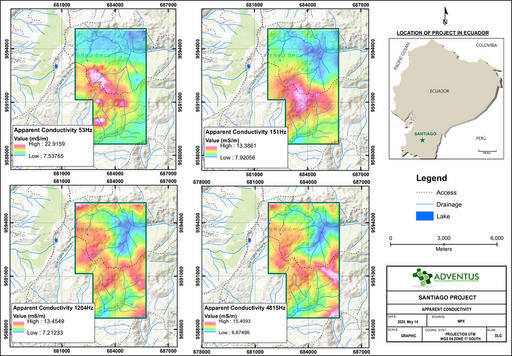 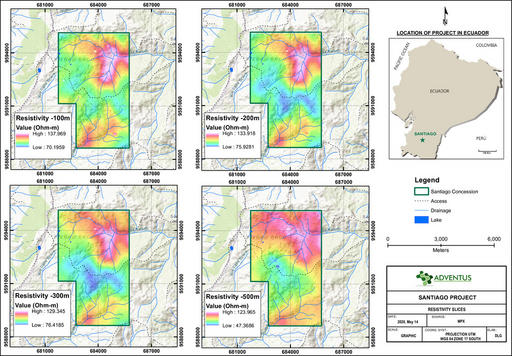 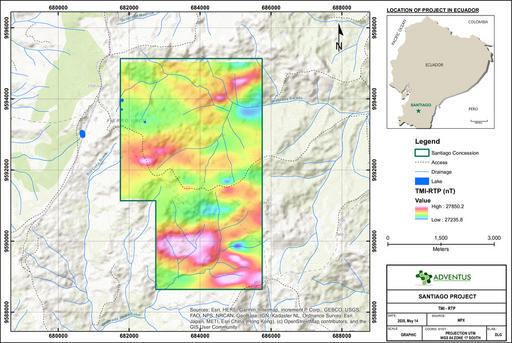 The Santiago project is located in south-central Ecuador in the province of Loja, approximately 37 km north of the city of Loja. Santiago consists of one concession with an area of 2,350 hectares, which is controlled in a joint venture that is 80%-owned by Adventus and 20%-owned by Salazar Resources Limited. Adventus believes the Santiago project contains an untested copper-gold porphyry system and an epithermal target area denoted by a swarm of mineralized veins and breccia units.

The Santiago project has seen limited exploration in recent years, with Newmont Overseas Exploration Limited completing some drilling in the mid-1990s with a shallow program of 23 holes with an average depth of only 200 metres. Salazar completed some sampling of sulphide-bearing vein and breccia structures at surface in 2012. Historical intercept highlights include:

In 2019, Adventus completed an airborne Mobile MagnetoTellurics (“MobileMT”) geophysical survey that was flown over Santiago at 150-metre line spacing (see April 5, 2019 news release). The historical exploration results from prior owners were integrated with the MobileMT geophysical mapping (apparent conductivity, resistivity, RTP, and TMI-RTP magnetics) to generate preliminary target areas for validation in the field by crews.

During the pandemic in 2020 and 2021, Adventus focused on community outreach and public health initiatives in support of the small and remote communities in the project region. Limited field sampling programs and drilling preparations were completed but support for the full restart of exploration activities and employment opportunities has grown during the pandemic.

The principal target area at Santiago has coincident geological, geochemical and geophysical indicators that include quartz-alunite alteration, a large gold rock chip geochemical anomaly identified by Newmont (~ 2,200 by 600 metres), and both a low frequency apparent conductivity geophysical and resistivity anomaly of approximately 3,000 by 2,000 metres, and TMI-RTP magnetic low of approximately 2,000 by 1,500 metres that is encircled by areas of higher magnetic response. The magnetic low is suggestive of magnetic mineral destruction from hydrothermal alteration. This principal target is also coincident with historical drilling by Prospection and Newmont; however, a 3D review indicates that due to the short drill hole lengths, these two historical drilling programs do not provide an explanation for the large MobileMT geophysical anomaly, which suggests that additional, deeper drilling is warranted. The high priority targets have been generated and a planned minimum 3,000 metre drilling program is expected in 2022.