Highlights – Drill Results from the El Domo Deposit at Curipamba:

Drill hole CURI-395 was designed to test the outer margins of the Indicated category material along a fault and to further assess the underground development geology. This drill hole confirmed modelling previously done in this portion of the deposit and provides additional geological control for future modelling and engineering studies. CURI-395 did not yield any substantial results.

All results from the infill drilling program are to be used in updating the underground portion of the Mineral Resource estimate for El Domo in 2023, which will be part of a future feasibility study that will integrate the development a potential underground operation in addition to the planned open pit (see August 29, 2022 news release). Figure 1 illustrates the drill locations for the results of the five drill holes outlined in this news release. Drill collar location coordinates are summarized for the infill and geomechanical drilling programs in Table 1 at the end of this news release.

2021 regional drilling on the Agua Santa target, located 4.5 kilometres to the southwest of El Domo, successfully completed a total of 2,818 metres in 11 drill holes (CREG-008 to CREG-018) in the Agua Santa target area. VMS mineralization was identified in several of the drill holes targeting a Mobile MT ("MMT") airborne geophysical anomaly that coincided with both favourable geology and surface geochemistry results from prospecting in nearby creek beds. The Agua Santa target area remains one of the most prospective volcanic environments outside of El Domo for identifying new VMS occurrences, given that the first drill hole at Agua Santa, CREG-008, intersected three separate intervals of semi-massive sulphide to massive sulphide mineralization from 60.52 to 66.86 metres, grading 1.77% copper, 1.46 g/t gold, 7.45% zinc, 23.2 g/t silver and 0.24% lead. The mineralization is hosted within variably mineralized volcaniclastic rocks, noting the highly fragmental appearance of the mineralization suggests it has been reworked from a potential collapse of the massive sulphide lens downslope. CREG-008 also had in the footwall several broad zones of pyritic stringer stockwork in massive mafic volcanic rocks were observed with focused hydrothermal alteration halos directly around the mineralization (see October 18, 2021 news release).

Drill holes CREG-013 to CREG-018 did not yield any significant results, however, they did provide invaluable geological information about the volcanic architecture of the favourable VMS environment in the Agua Santa target area that will be used in future exploration programs to continue targeting for new discoveries. However, although CREG-018 did not have any significant results, it did undercut VMS-related mineralization found on surface while mapping drainages and creek bottoms.  It is unclear due to the lack of exposure if this mineralization is from the newly identified Agua Santa target or from another source nearby. Six samples were collected from the exposed surface mineralization that appears to be fragmental massive sulphide boulders hosted in volcanic rocks, which supporting observations and the current interpretation of the mineralization identified in drilling (CREG-008 to CREG-012). Results for copper from those six samples ranged from 3.99% to 14.70% with two samples being over 5.00% and only one sample being over 10.00%. The six samples were also enriched in gold, ranging from 1.97 g/t to 11.40 g/t with only one sample being over 10.00 g/t. Similarly, the six samples yielded elevated silver values ranging from 74.6 g/t to 120 g/t with only two samples being over 100.0 g/t. For zinc, it ranged from 27.52% to 46.30% with five being over 30.00% and only one sample being over 40.00%. Lead is the least enriched metal at Agua Santa ranging from 0.10% to 1.20% in the six samples with only one sample over 1.00%.

All results from the exploration drilling program at Agua Santa continue to be used in updating the target generation initiative for the greater Curipamba project in order to further define prospectivity for identifying new VMS occurrences in the favourable volcanic rocks around El Domo. The six mineralized samples near the CREG-018 collar location lend support that there may yet be additional high-grade VMS mineralization in the area, which is why Agua Santa remains one of the highest rated targets for regional exploration at the Curipamba project. Figure 2 illustrates the drill locations for Agua Santa. Drill collar location coordinates are summarized for the exploration drilling in Table 2 at the end of this news release.

The Curipamba project work program is being managed and reviewed by Vice President Exploration, Jason Dunning, M.Sc., P.Geo., a Qualified Person within the meaning of NI 43-101. Salazar staff collect and process samples that are securely sealed and shipped to Bureau Veritas ("BV") in Quito for sample preparation that includes crushing and milling to prepare pulps that are then split for shipment to their facility in Vancouver, Canada for analysis. All assay data have undergone internal validation of QAQC; noting there is an established sampling control program with blind insertion of assay blanks, certified industry standards and sample duplicates for the Curipamba project. A QAQC program is also in place at BV and includes insertion of blanks, standards, and duplicate reanalysis of selected samples.  BV's quality system complies with the requirements for the International Standards ISO 9001:2000 and ISO 17025: 1999. At BV, samples from regional drilling have silver and base metals analyzed by a modified ore grade 24-element aqua regia technique with ICP-ES finish. Gold is analyzed by fire assay fusion with AAS finish. Overlimit protocols are in place for gold, silver, copper, lead, and zinc.

The technical information of this news release has been reviewed and verified as accurate by Mr. Jason Dunning, M.Sc., P.Geo., Vice President Exploration for Adventus Mining, a non-Independent Qualified Person, as defined by NI 43-101.

Salazar Resources Limited is focused on creating value and positive change through discovery, exploration, and development in Ecuador. The team has an unrivalled understanding of the geology in-country and has played an integral role in the discovery of many of the major projects in Ecuador, including the two newest operating gold and copper mines. Salazar Resources has a wholly owned pipeline of copper-gold exploration projects across Ecuador with a strategy to make another commercial discovery and farm-out non-core assets. The Company actively engages with Ecuadorian communities and together with the Salazar family it co-founded The Salazar Foundation, an independent non-profit organization dedicated to sustainable progress through economic development. The Company already has carried interests in three projects. At its maiden discovery, Curipamba, Salazar Resources has a 25% stake fully carried through to production. At two copper-gold porphyry projects, Pijili and Santiago, the Company has a 20% stake fully carried through to a construction decision.

This press release contains "forward -looking information" within the meaning of applicable Canadian ‎securities laws. Forward-looking statements are based on the beliefs, expectations, and opinions of the ‎management of the Participants as of the date the statement is published, and the Participants assume no ‎obligation to update any forward-looking statement, except as required by law. In certain cases, forward–‎looking statements can be identified by the use of words such as "plans", "expects", "outlook", ‎‎"guidance", "budget", "scheduled", "estimates", "forecasts", "intends", "anticipates" or "believes", or ‎variations of such words and phrases or statements that certain actions, events or results "may", "could", ‎‎"would", "might", "will be taken", "occur" or "be achieved" or the negative of these terms or comparable ‎terminology.‎ 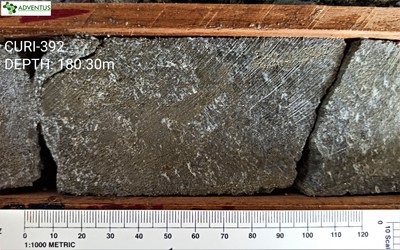 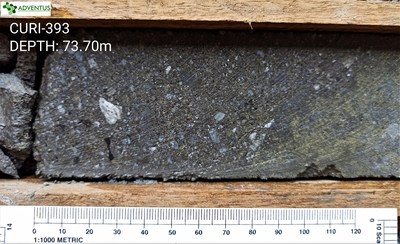 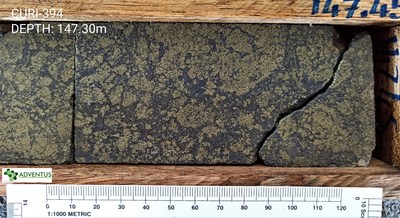 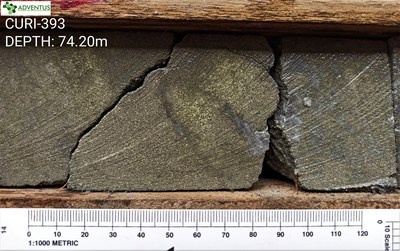 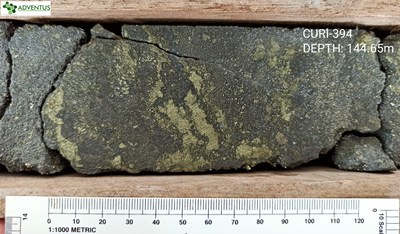 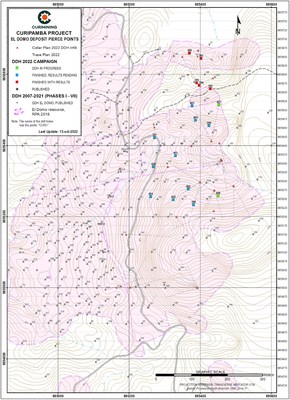 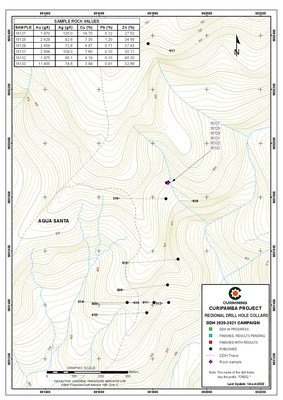