TORONTO, Oct. 26, 2020 /CNW/ - Adventus Mining Corporation ("Adventus") (TSX-V: ADZN) (OTCQX: ADVZF) and Salazar Resources Limited ("Salazar") (TSX-V: SRL) (together the "Partners") are pleased to provide preliminary assay results and an update regarding diamond drilling activities at the Pijili project in southwestern Ecuador's Azuay province. Work has been ongoing as part of a planned 2020 calendar year program that was described in the June 8, 2020 and September 9, 2020 news releases. The Partners are the first explorers to drill test this porphyry copper-gold-molybdenum system and are encouraged by its positive early results.

Jason Dunning, Vice President Exploration of Adventus, stated: "Our technical team is very encouraged by the sulphide mineralization and hydrothermal alteration seen in the first ever drill holes at the Pijili project's Mercy concession. It confirms that our target generation initiative over the last two years has identified an exciting new porphyry copper-gold-molybdenum system. We have only just begun the hunt at this project, and we are looking forward to unlocking the mineral potential with continued drilling. The program has several additional targets yet to drill including but not limited to the Ensalada showing and an interpreted remnant lithocap."

The Pijili project consists of three concessions which total 3,246 hectares located approximately 5 km south of the Chaucha copper-molybdenum deposit controlled by Southern Copper Corporation and 150 km from the major port city of Guayaquil. A location plan map of the Mercy concession, the first concession of Pijili to see drilling, is shown in Figure 1 with collar locations for the drill holes presented in Table 4. Field crews have been mobilized to a second porphyry target within the district and on Pijili's other two concessions to complete geological mapping and geochemistry ahead of potential drilling of this fully permitted target in 2021.

A current interpretation review of the porphyry system geological framework, hydrothermal alteration, veining and mineralization in MERC-001 to the target generation initiative results suggests the drill hole skirted the northern edge of the hydrothermal breccia system observed in the large surface footprint mapped and exploited by the former artisanal mine within the concession. The technical team is reviewing options for a follow-up drill hole to better evaluate this large known occurrence of mineralized hydrothermal breccia.

MERC-002, drilled 685 metres from MERC-001, successfully intersected mineralized hydrothermal breccia in two intervals from 14.00 metres to 110.70 metres and 113.95 metres to 149.10 metres. These two intervals contain variable concentrations of sulphide mineralization (chalcopyrite, bornite, molybdenite) and display both biotite and chlorite alteration. Below the hydrothermal breccia intervals in MERC-002, weaker intensity sulphide mineralization continues to be noted in both feldspar phyric and hornblende phyric diorite intrusive phases. The analytical results from MERC-002 are presented in Table 2.

The third drill hole, MERC-003, drilled 167 metres to the east-northeast of MERC-002, was designed to evaluate the porphyry-style veining mapped on surface and to determine if hydrothermal breccia units mapped at the Zambohuaycu showing extend to the northeast. Drilling intersected widespread, low-grade porphyry-style mineralization hosted in the veining, within a predominantly hornblende phyric intrusion, however, no hydrothermal breccia was intersected in MERC-003. The analytical results from MERC-003 are presented in Table 3.

MERC-004 was designed to further evaluate the hydrothermal breccias of the Zambohuaycu showing and those intersected in MERC-002. It was oriented to undercut MERC-002. Two zones of hydrothermal breccia were intersected from 22.20 to 66.70 metres and from 72.40 to 79.08 metres. Both intervals contain variable concentrations of sulphide mineralization (chalcopyrite, pyrite, ± bornite, and ± molybdenite) and display biotite, chlorite, and sericite alteration. As seen in MERC-002, sporadic sulphide mineralization is present in both the feldspar porphyritic and hornblende porphyritic phases of the diorite intrusion below the upper hydrothermal breccia intervals.

MERC-005 was drilled to the northwest from the MERC-003 platform under the area northeast of the Zambohuaycu showing. It has intersected three phases of the diorite intrusion, a hornblende phyric phase from 10.50 to 416.55 metres, a feldspar phyric phase from 422.30 to 456.63 metres, and a quartz-rich phase from 463.04 to end of drill hole at 686.40 metres. Hydrothermal breccia was present from 167.15 to 179.75 metres. This drill hole displays generally stronger hydrothermal alteration and higher aggregate quartz dominant vein content (A-, B-, and AB-type) signatures relative to the prior holes located to the south.

The sixth drill hole, MERC-006, is currently in progress at 670 metres and is being drilled 133 metres to the northeast of MERC-003 and MERC-005.  It was designed to evaluate the porphyry-style veining mapped on surface and to determine if hydrothermal breccia units mapped at the Zambohuaycu showing, 300 metres to the southwest. The drill hole has remained in the hornblende phyric diorite intrusion except for one narrow interval of hydrothermal breccia (30.21 to 32.40 metres) and two magmatic breccia intervals (55.20 to 77.60 and 161.46 to 162.77 metres). Sulphide mineral content is variable, but the drill hole does contain both chalcopyrite and pyrite mineralization associated with the porphyry veining.

MERC-007 is currently in progress and was collared 412 metres to the north of MERC-002, and it was designed to evaluate the porphyry-style veining and hydrothermal breccia mapped on surface. It is currently at 371 metres with drilling having started in the feldspar porphyritic diorite intrusion and then transitioned at 168.45 metres to quartz diorite.  The drill hole has sulphide mineralization logged over its entire length with the feldspar porphyritic diorite possessing predominantly chalcopyrite, however, upon the transition to quartz diorite, pyrite appears, and its content increases downhole as chalcopyrite decreases.

Samples from MERC-004 are currently in the laboratory queue while technical staff are still sampling MERC-005. The technical staff are also actively core logging both MERC-006 and MERC-007 while drilling continues. Assay results from these drill holes will be released after they are received from the laboratory and passed internal quality assurance and quality control (QAQC) protocols during the fourth quarter of 2020.

Zambohuaycu Norte – Manual Test Pit Reconnaissance Program
The manual test pits program for Zambohuaycu Norte was designed to evaluate possible extensions of porphyry copper-gold molybdenum mineralization both north and northwest of the Zambohuaycu showing that coincides with location of the core of the MDRU Porphyry Index and airborne geophysical MobileMT CET Porphyry Analysis targets (see June 8, 2020 news release). Technical staff commenced work in early September using a 40 metre by 40 metre spacing and currently, a total of 24 locations have been sampled over approximately 800 to 900 square metres. Field crews continue to work on this high priority target area. Of the 12 samples returned from the laboratory, results for copper ranged from 280 ppm to 5,706 ppm, with five samples greater than 1,100 ppm. The highest two samples from the manual test pit program are from new locations of hydrothermal breccia yielding 4,439 ppm copper and 5,706 ppm, respectively (see Figure 2).

Qualified Persons, Technical Information, and QAQC Protocols
The Pijili project work program is being managed and reviewed by Vice President of Exploration for Adventus, Jason Dunning, M.Sc., P.Geo., a Qualified Person within the meaning of NI 43-101, who has also reviewed and approved the technical and scientific information of this news release as accurate. Technical staff collect and process samples that are securely sealed and shipped to Bureau Veritas ("BV") in Quito for sample preparation that includes crushing and milling to prepare pulps that are then split for shipment to their facility in Lima, Peru for analysis. All assay data have undergone internal validation of QAQC; noting there is an established sampling control program with blind insertion of assay blanks, certified industry standards and sample duplicates for the Pijili project. A QAQC program is also in place at BV and includes insertion of blanks, standards, and duplicate reanalysis of selected samples. BV's quality system complies with the requirements for the International Standards ISO 9001:2000 and ISO 17025: 1999. At BV, gold is analyzed by classical fire assay techniques with an ICP-AES finish, and both silver and base metals are analyzed by a 46-element 4 acid digestion with ICP-MS technique. Overlimit protocols are in place for gold, silver, copper, molybdenum, and zinc.

About Adventus
Adventus Mining Corporation is a unique copper-gold exploration and development company, focused primarily on Ecuador. Its strategic shareholders include Altius Minerals Corporation, Greenstone Resources LP, Wheaton Precious Metals Corp., and the Nobis Group of Ecuador. Adventus is leading the exploration and engineering advancement of the Curipamba copper-gold project in Ecuador as part of an earn-in agreement to obtain a 75% ownership interest. In addition, Adventus is engaged in a country-wide exploration alliance with its partners in Ecuador, which has incorporated the Pijili and Santiago copper-gold projects to date. Adventus also controls an exploration project portfolio in Ireland with South32 as funding partner as well as an investment portfolio of equities in several junior exploration companies. Adventus is based in Toronto, Canada, and is listed on the TSX Venture Exchange under the symbol ADZN and trades on the OTCQX in the United States under the symbol ADVZF.

About Salazar
Salazar Resources (SRL.V) (CCG.F) is focused on creating value and positive change through discovery, exploration and development in Ecuador. The team has an unrivalled understanding of the geology in-country, and has played an integral role in the discovery of many of the major projects in Ecuador, including the two newest operating gold and copper mines. Salazar Resources has a wholly-owned pipeline of copper-gold exploration projects across Ecuador with a strategy to make another commercial discovery and farm-out non-core assets. The Company actively engages with Ecuadorian communities and together with the Salazar family it co-founded The Salazar Foundation, an independent non-profit organization dedicated to sustainable progress through economic development.  The Company already has carried interests in three projects. At its maiden discovery, Curipamba, Salazar Resources has a 25% stake fully carried through to production. A feasibility study is underway and a 2019 PEA generated a base case NPV(8%) of US$288 million. At two copper-gold porphyry projects, Pijili and Santiago, the Company has a 20% stake fully carried through to a construction decision. 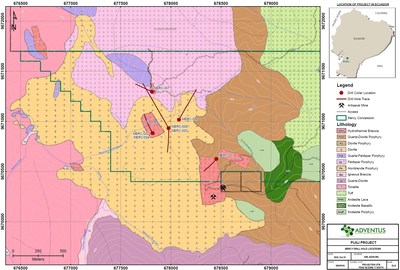 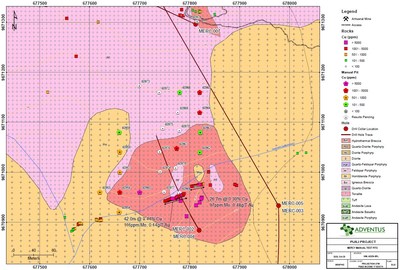